St Nicholas Hospice Care’s biggest fundraising event of the year, Girls Night Out, returned for its eleventh year on Saturday, September 14, with Marham Park as one of the main sponsors.

Marham Park, the new village style development in Bury St Edmunds, from award-winning developer Countryside, was one of the main sponsors of St Nicholas Hospice Care’s “Girls Night Out” event held on Saturday, September 14. One of the most popular events to take place annually in Bury St Edmunds, Marham Park put forward a team consisting of both staff members and residents, to take part in the charity walk. 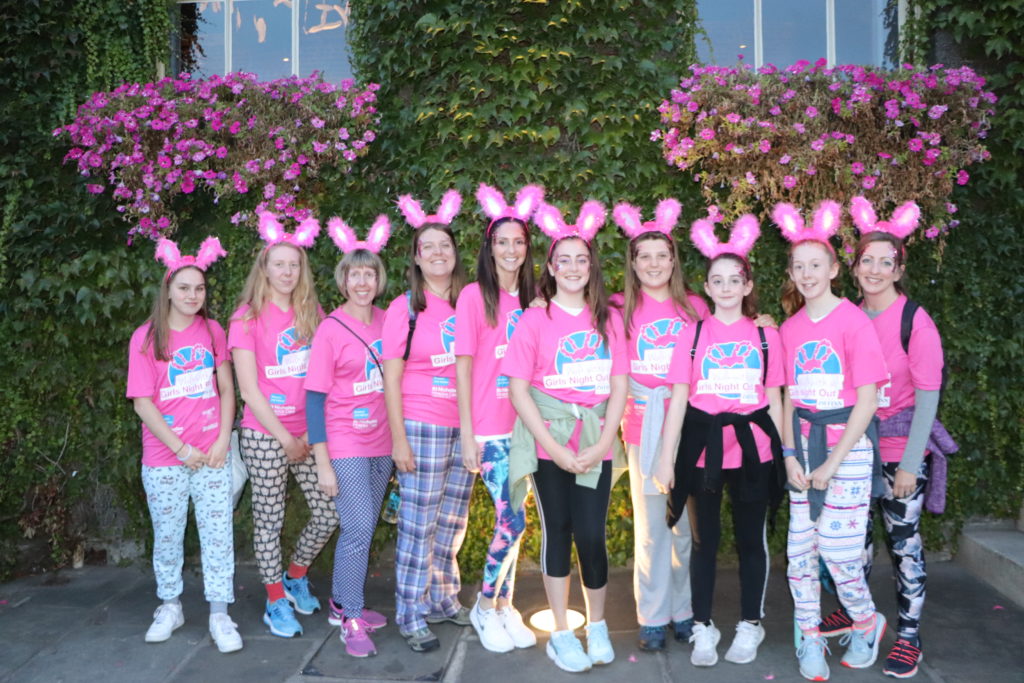 Prior to the walk, which began from Angel Hill at 8pm, a minute’s silence was held to give those taking part a moment to reflect. A sea of around 2,000 women donning their pyjamas and flashing bunny ears, then embarked on the 11.2 mile walk to raise awareness of the hospice and the help it provides to those with life-limiting conditions, as well as their families. For those wishing to remember someone lost, memory boards were put up on Angel Hill and were also placed at the finishing line at the charity’s Hardwick Lane Hospice.

Andrew Carrington, Managing Director, Housebuilding (Strategic Land), Countryside, says: “It’s an absolute pleasure to sponsor this year’s Girls Night Out in support of the vital work carried out by St Nicholas Hospice Care. Countless people with life-limiting conditions, and their families, have benefitted from the charity’s relentless work over the years and will, without a doubt, continue to do so.”

“Girls Night Out has proved itself to be a key fundraising event that year-on-year brings the community together to support those who need it most.  Its success in what it sets out to do is undeniable, with last year’s event raising £226,000 for the charity.”

“I am delighted that residents living at our Marham Park development have welcomed our sponsorship of the Girls Night Out and have embraced the opportunity to support their local Hospice, by entering a Marham Park team. I would like to personally thank everyone taking part as well as the fantastic volunteers who manage the event and keep everyone safe on the night”.

Jenny Smith, Events Manager, St Nicholas Hospice Care, says: “We are so grateful for all of the support Girls Night Out receives. I would like to thank Marham Park for their generosity, their sponsorship has really made a big difference to us. Girls Night Out helps raise some of the funds that we need to continue making a difference to those across our community facing dying, death and grief, which is why the support of Marham Park is so important to us.”

It will take months to calculate the final total raised as a result of Girls Night Out 2019, as walkers return their sponsorship money, but the event is expected to have raised in excess of £200,000.